spherene AG is a software company that is using its proprietary ADMS technology to calculate the optimal structure for any conceivable space, transforming the field of additive manufacturing. ADMS is based on an innovative minimal surface, which consists of two interwoven spatial structures and thus enables maximum stability with the smallest possible surface area – reducing resources, energy and complexity. Our software products and engineering projects in which the ADMS algorithm is used enable seamless integration into existing work processes. 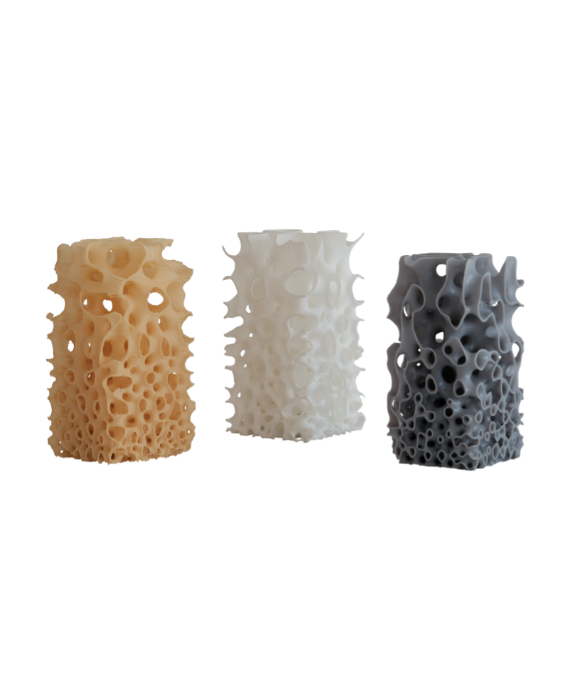 At the beginning of spherene, there was tinkering. In 2018, while experimenting with a paper model, we came up with an idea that would later grow into our ADMS technology. By joining two-dimensional pieces of snippets together, we created a three-dimensional object that had outstanding features. It was stable and flexible, even though it consisted of only the simplest shapes. We then discovered a new kind of minimal surface that was ideally curved. What would be possible with such a structure in engineering made us dream.

We developed an algorithm based on this minimal surface that allowed ADMS to create shapes with an optimal geometry – every single time anew. Autonomous design thus became a reality, taking human creation to a new level.

We are committed to a sustainable economy that focuses on locally manufacturing the things that are needed and our ADMS technology is just the tool for that.

In the meantime, our findings have been incorporated into pioneering projects in the fields of medicine, space travel or aviation – and ADMS continues to dare new fields to dream.

Our team of researchers, software developers and mechanical engineers is dedicated to make resource-efficient Autonomous Design the new standard for engineering and additive manufacturing. CEO, Founder, President of the Board